Fame and sex have always been presented as closely intertwined phenomena, especially with regards to popular culture. Celebrities appearing on media and adorning magazine covers are still widely accepted as the dominant social standard of beauty and desirability. In its most vernacular manifestation, the relationship between fame and sex constitutes the core of the gossip industry, itself a substantial economic and symbolic pillar of tabloid journalism and of the manifold power structures related to it.

Like any other aspect of contemporary society, the relationship between fame and sex has been strongly affected by the combined disruptive effects of social media and mobile communication devices; and, as in other fields, the emancipatory potential of these new technologies has been promptly questioned by the emergence of new hierarchies and power structures. For now, the form of the new world is still unclear and blurred, veiled by the dust slowly rising from the crumbling celebrity-temples of yore. Nonetheless, we can already start to appreciate the scale of the chaotic realignment of powers taking place. (READ MORE)

A proper assessment of the relationship between sex and fame seems impossible without taking into consideration the role of the gendered power structures underlying these phenomena. Grossly oversimplifying, we might say that men longly strived for fame as a gateway to satisfy their sexual desires. Paradoxically, the exposure and social prestige granted by fame can act as a shield from public judgement, granting impunity to sexual predators and allowing some of the worst cases of abuse to remain undisclosed for years, decades or even until the perpetrator’s death. Jimmy Savile, Bill Cosby and Harvey Weinstein are but a few examples of the enormous difficulties and the hostile ostracism victims must endure when trying to denounce abuses from a male celebrity. This blatant culture of impunity and widespread omertà is not only well known, but socially accepted, as the latest american elections have impressively shown.

The “sex scandal”, besides showcasing the impressive extent to which social hierarchies have been built on gender, well represents the disruptive power of negative forms of fame. Western societies have mostly tried to shield men - unless they were accused of homosexuality - from the worst consequences of such scandals, and for centuries they could easily succeed in doing so by blaming the female victims as the real culprits. No longer so. Viral social media campaigns against sexism and harassment are only the latest episodes highlighting a possible realignment of powers and should be viewed in the frame of the larger culture wars which are currently raging both on new and traditional media.

Technology isn’t neutral in this fight. Far from actively sustaining efforts towards emancipation and diversity, as the dominant silicon valley narrative would like the public to believe, misogyny and sexism are deeply rooted in large parts of tech culture. The naked female body, especially if not adapted to dominant standards of beauty, still has to fight for its right to be seen, and censorship on social media platforms is structuring social views of gender no less than it did on traditional media.

Still, it may well be that, as in other crucial moments in history, artists are signaling and possibly even spearheading a shift in powers. The new relationship between author and audience enabled by social media is allowing a new generation of female artists to use their sexuality and the staged intimacy of their bodies as a powerful means to build an innovative public discourse around the relationship between sex(uality) and fame, which bears enormous potential for social change.
We shouldn’t be overtly optimistic. The combined effect of normalization efforts on the neoliberal side, which are fastly incorporating some of these young female artists into mainstream symbolic codes of value production, and the widespread adverse reaction signaled by the rise of right-wing populism across the western world, shows that the female body and female sexuality (and, probably even more so, the queer body and queer sexuality) still represent an everlasting menace to dominant power structures, a menace these structure are determined to contain, redirect and, if necessary, openly fight.

Moreover, what becomes visible between the exposed surfaces of naked skin and vulnerable bodies showcased on contemporary social media, is the even more fragile psyche of a generation that is constituting its whole emotional life through and around technology, in a way that is both unprecedented and still largely misunderstood, by its observers and actors alike. The libidinal power of the (technological) commodity is such, that it seems capable of subsuming the emotional life and personality of its users, leaving us only with dystopian reminiscences of gnostic disembodiment: the smartphone contemplating its own image in a mirror as the most faithful representation of the contemporary self.

The display of intimacy allowed by livecasting technologies is not a new topic in net-art, and has been thoroughly explored for decades now. Yet, the scale of its use in the age of social media forces us to frame old questions in new ways, and it begs for the development of new concepts and a new language. Artistic practice seems like the perfect place to start.

This videoclip was created for the music video eternity. The main idea of this video is to question the viewer as to what kind of reality is shown. Does the person you are watching really exist? Is it a created universe? Are those people performing or is it a real moment? What is happening? Are they aware that they are viewed? Is it only for show? This is an exploration of a new persona. A persona who is here to be watched and admired. A persona who wants you to be fascinated but not to get close as there is no room for interaction. A persona who wants you to question your own desires. To be seduced. To be questioned.

The cat that observes itself. It is absurd to find the photos of Aurélie Bayad absurd, as it is impossible for a cat to spy on itself. The nail is the rotation, or the mirror if you want. Because looking at his photos is as if we are a mirror ourselves. The mirror does not know what it reflects, but this fact makes it absolutely objective. It reflects everything, also what is invisible. The mirror is slow and cuts a part of the world, a part of Aurélie, which weighs itself in the mirror, in the world, in its universe. 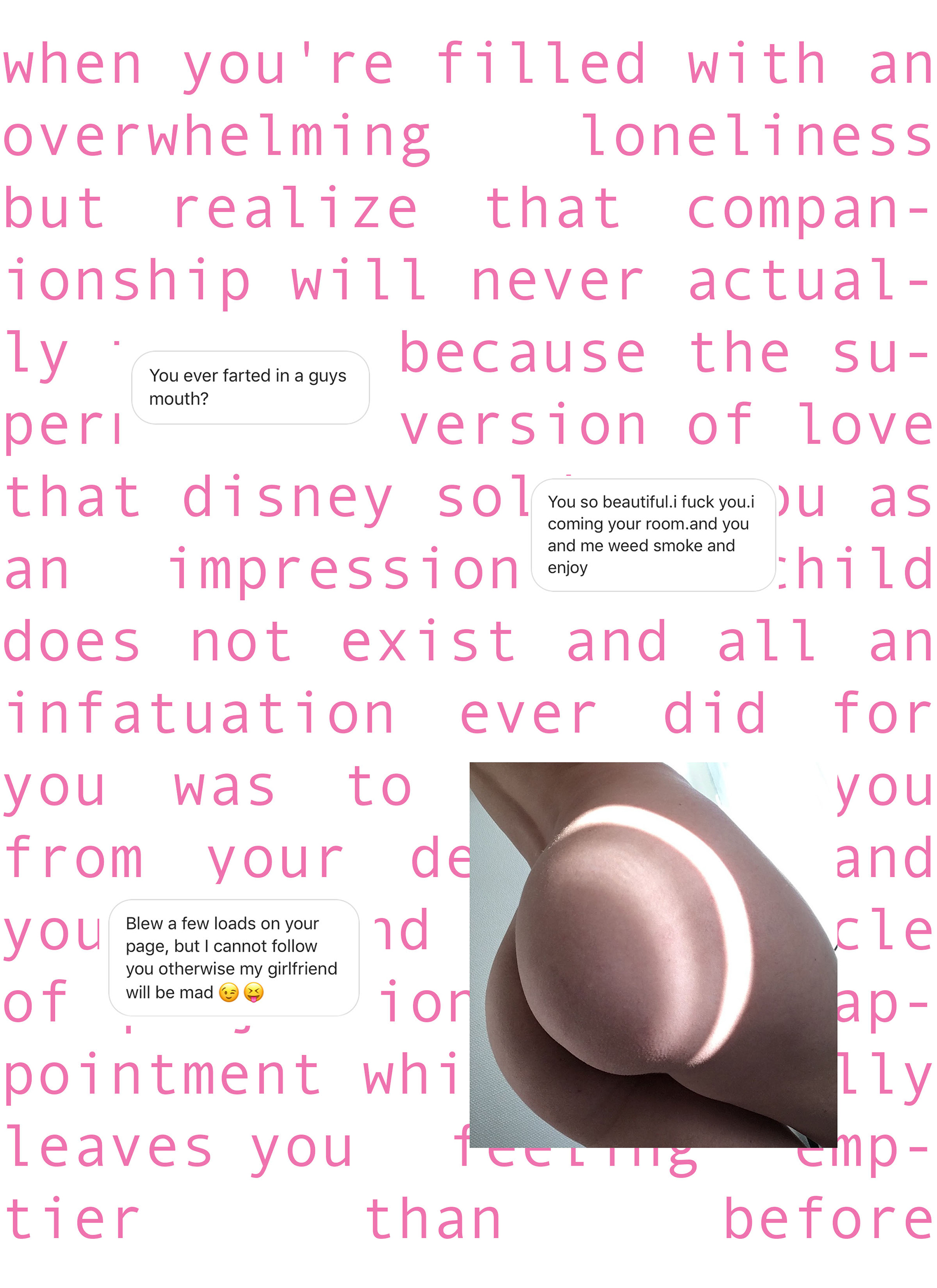 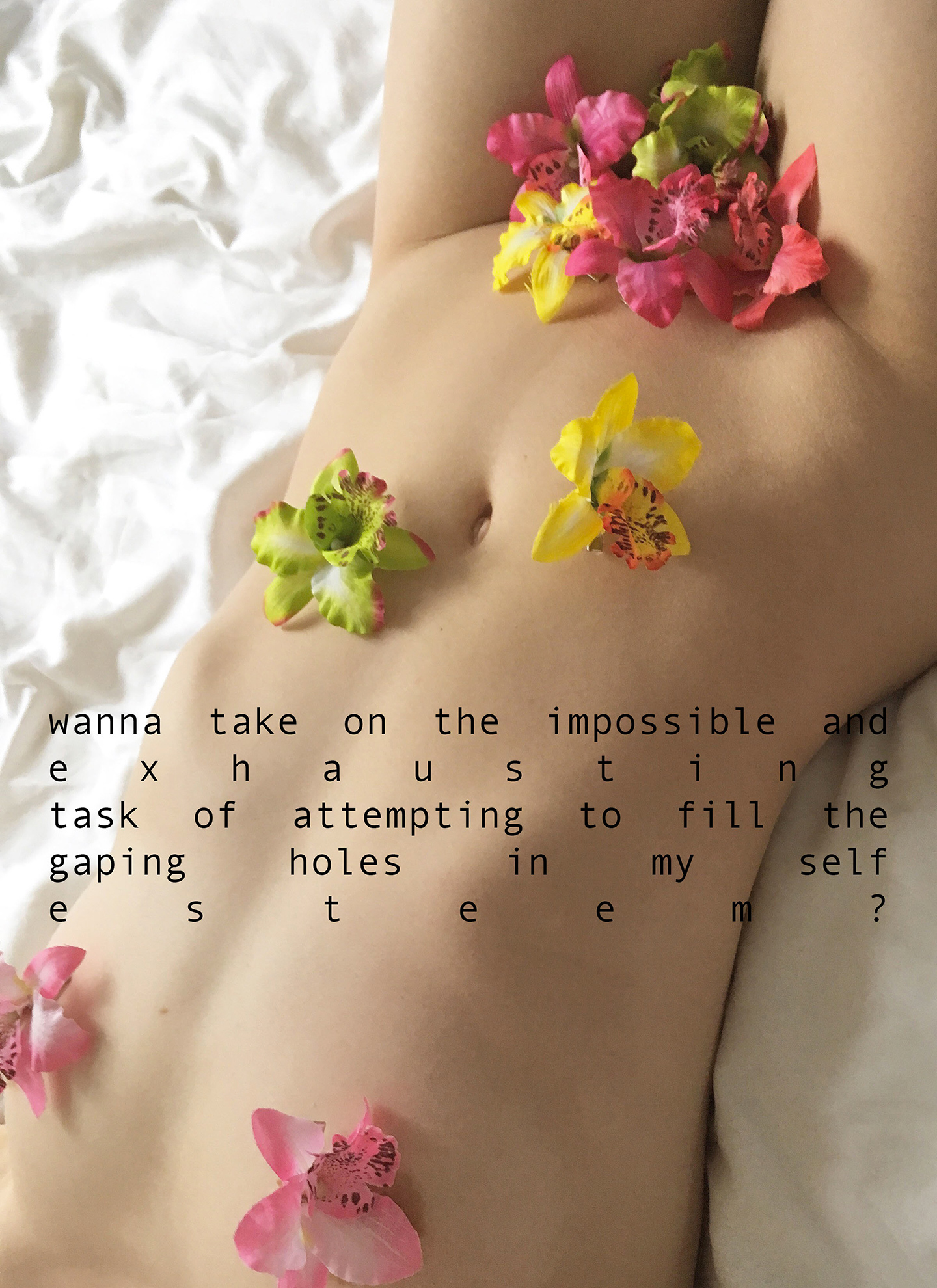 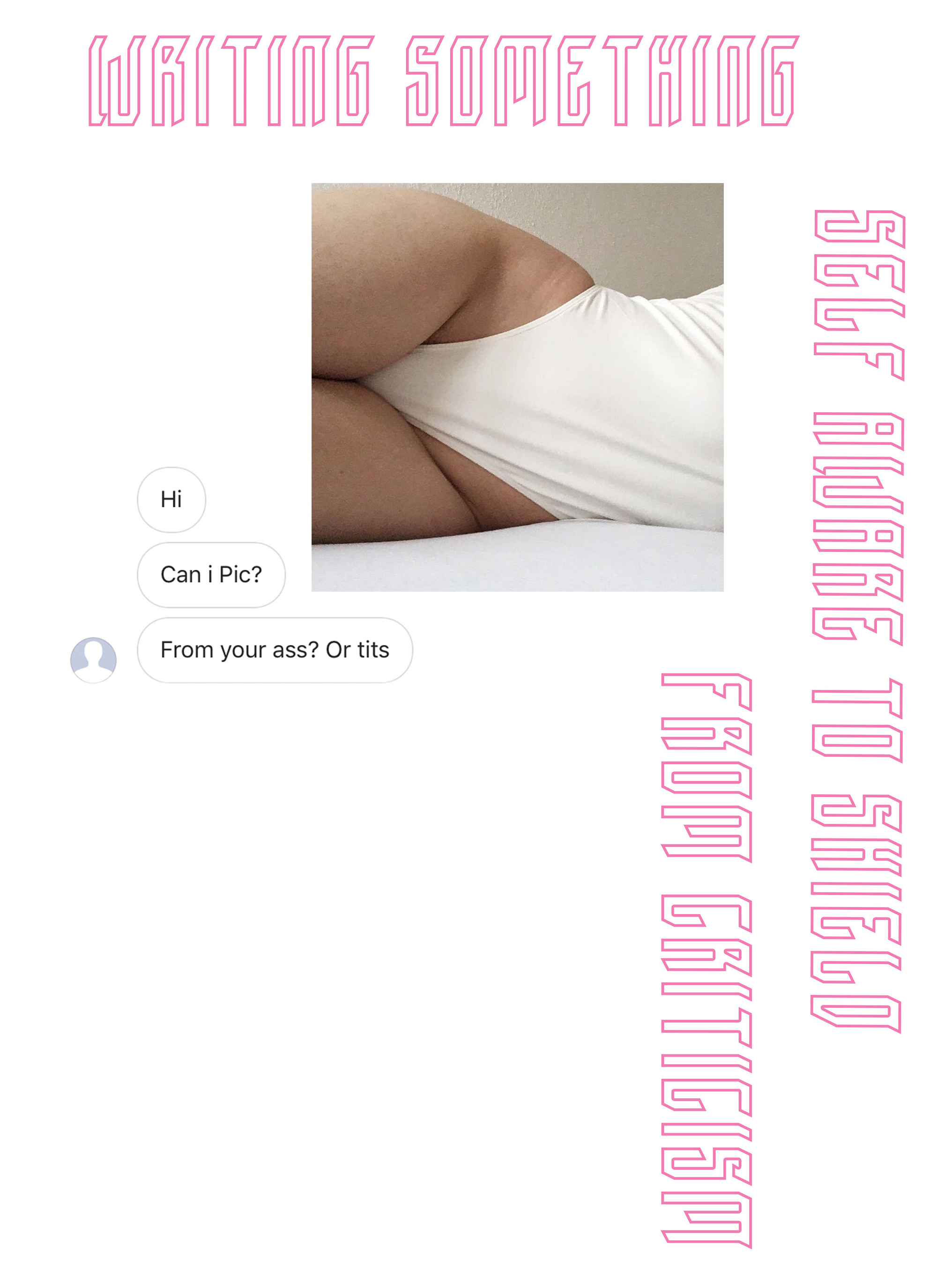 In the digital performance @moistandunstable, Cara Lien combines nude selfies with short texts on Instagram. The intent is to subvert the language of sexual objectification through putting the person back into the object. Lien does this by taking pictures of her body and publishing them alongside deeply intimate texts regarding personal life and mental health. Since the female image is largely choreographed and owned by men (photographers, directors, artists), she has taken an interest in women who take ownership in their own image through selfies. The selfie, because the model is the photographer, choreographer and art director, gives her ultimate control. Taking inspiration from feminist meme admins and Instagram Models she explores how femme performance on social media is offering a subversive form of self expression, a reclamation of one’s body and humanity through sexuality and vulnerability.

Cara Lien (born 1990, Drammen Norway) is a multidisciplinary artist who explores themes of female sexuality and cultural voyeurism through oil painting and digital performance art (including photography, video, text and music). She recently finished a bachelors in fine arts at Bergen Academy of Art and Design, and currently lives and works in Oslo. 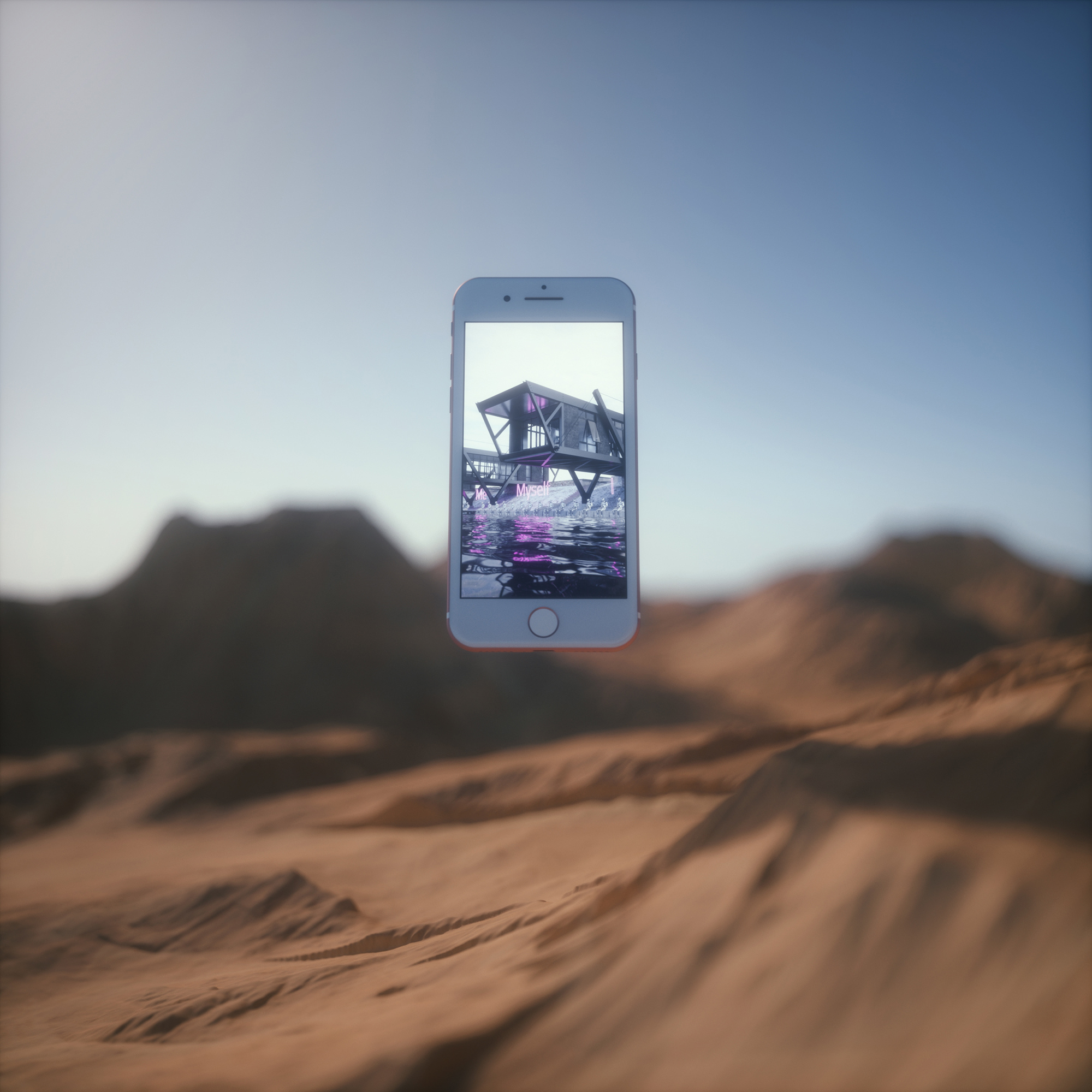 In a world where our devices are an extent of the self, that is where we feel comfort and no distress. When boredom fills the room, they are there to help us escape and to entertain us. To be seen as something else. To watch news irrelevant to the living moment. There's no time for a true selfdom, there's no time for boring thoughts, no time for introspection and true reflection. Always trying to connect to everyone but to the self. To live differently, to act nice, to be better in the digital world. Disconnected from everyone and everywhere, but most importantly from the self.

Luis Román, aka ROGA, is a 3D generalist who currently resides in CDMX, México. He is a last year student at UVM and also works part time at a small studio called Espacio y Forma in Condesa. Alongside Ruby Gloom (HK) he created a video-game experience called "The Game of Fame". He’s creator and producer of the video "Shattered Love" from the local band NIO senses.

Hands of various people use their smartphones. The displays don't show any app - only the sensual movements of the hands count. Each pair of hands plays both roles from Michelangelo's "Creation of Adam" at the Sistine Chapel: God father and Adam, whose fingers touch each other. Smartphones are the new saints to which we cling and who guide us on our ways - they are the amulets of our time. 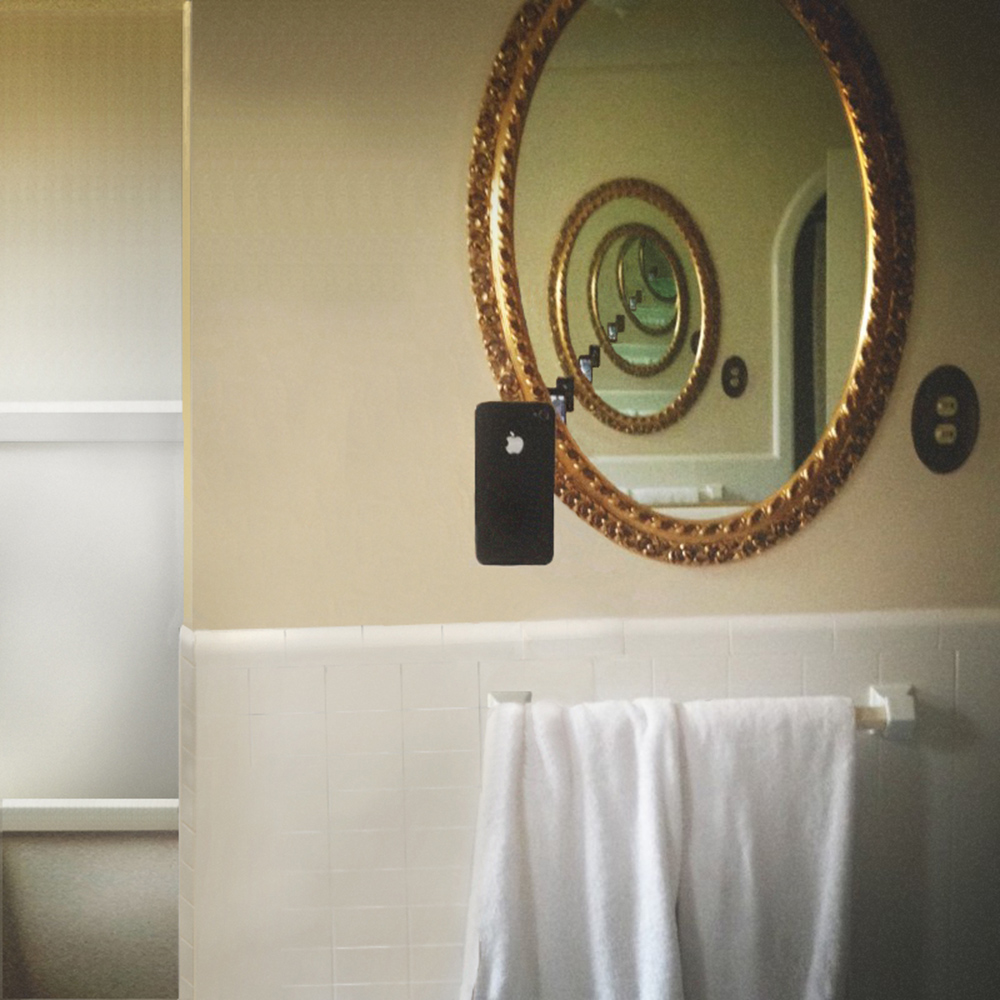 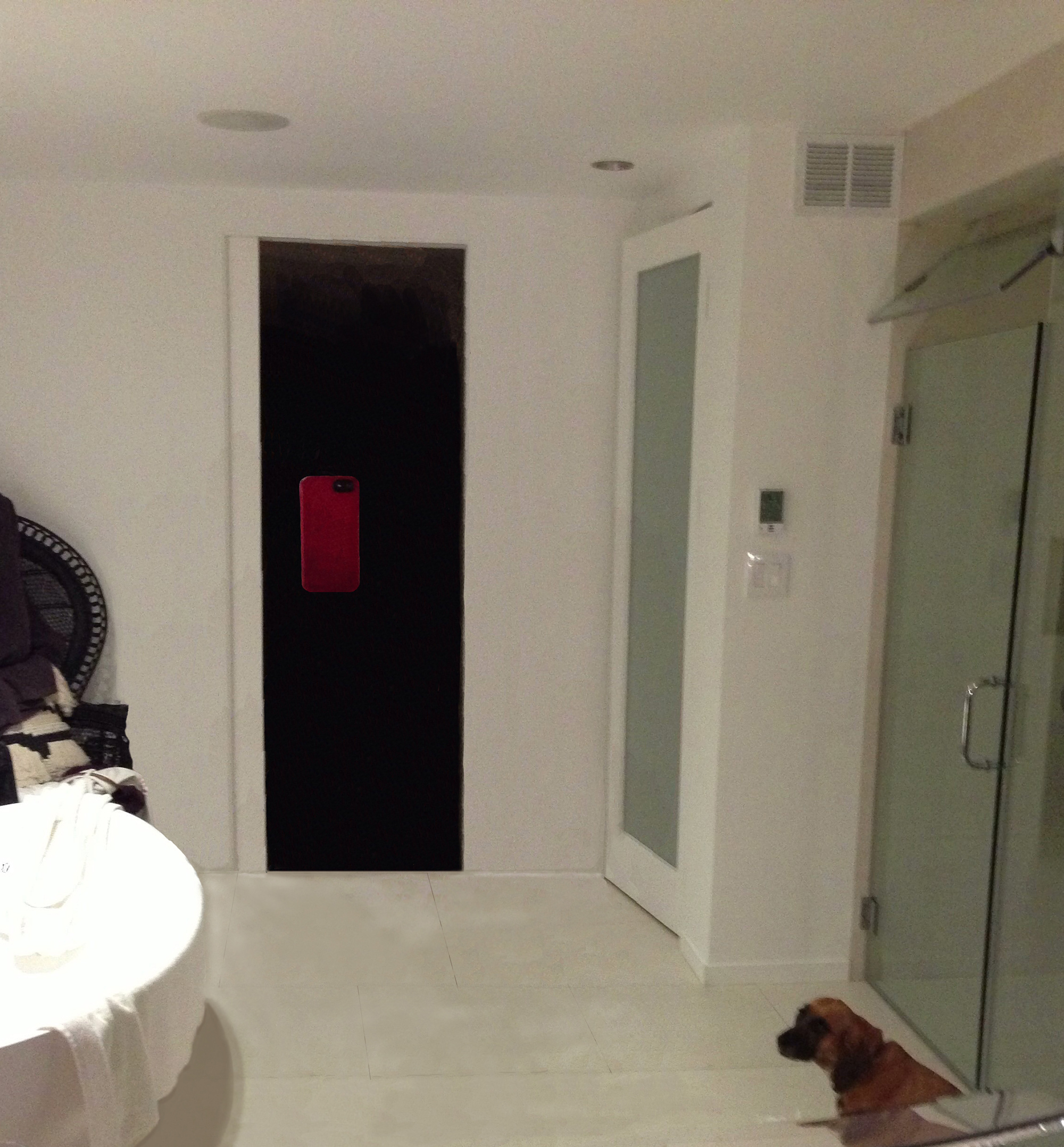 Vanity ( II to IX ) highlights the fragile stability of fame, power, and privacy in the digital age. Inspired by the 16th Century Dutch Vanitas, these works reactualize this style for our 21st Century language. In what seems a luxurious bathroom an Iphone floats in the middle of the picture. At first glance, no protagonist; only objects to define what is happening. Even though we might imagine what is unfolding, only the title guides us on who it might be. These images are taken from the ICloud hack that targeted celebrities in August 2014, also called "The Fappening". Each and every one of them are taken in front of a bathroom vanity where these famous people took a selfie, usually in an erotic or sometimes sexual manner. Because of the triviality of the flesh, every protagonist was carefully removed from the scene, leaving only the conceptual framework of the image. These images became internet-famous, specially in the subculture of image board sites such as reddit or 4chan. They also became the example of vulnerability of wealthy and influential people toward privacy.

Pierre Chaumont is a conceptual artist. He has a Bachelor in Fine and Media Arts from Universite du Quebec a Montreal, Montreal, Canada. His works have been shown in various international exhibitions and institutions, amongst which: CICA Museum, South Korea; Stevenson Union Gallery, Oregon, USA; Pantocrator gallery, Shanghai, China; Web Biennial '17, Istanbul, Turkey; Papier 15 Fair, Complexe De Gaspe, Montreal, Canada; as well as many others. 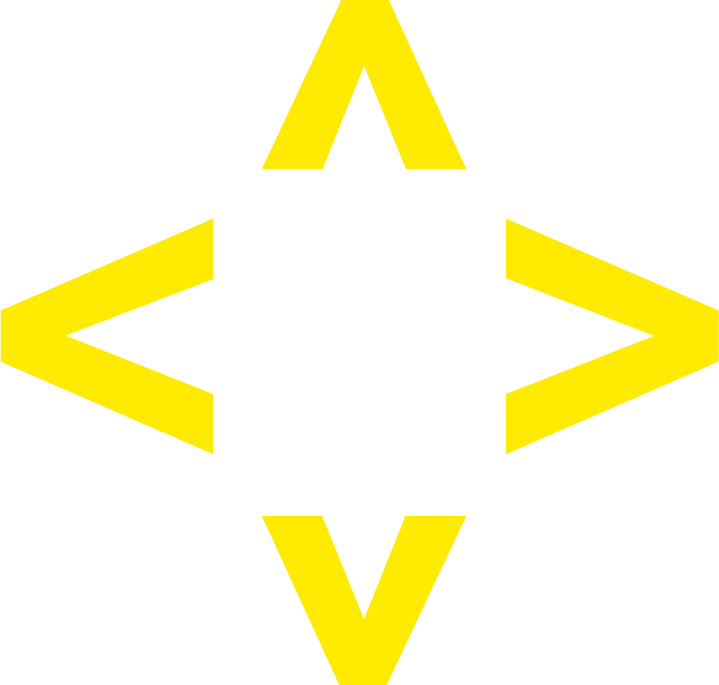